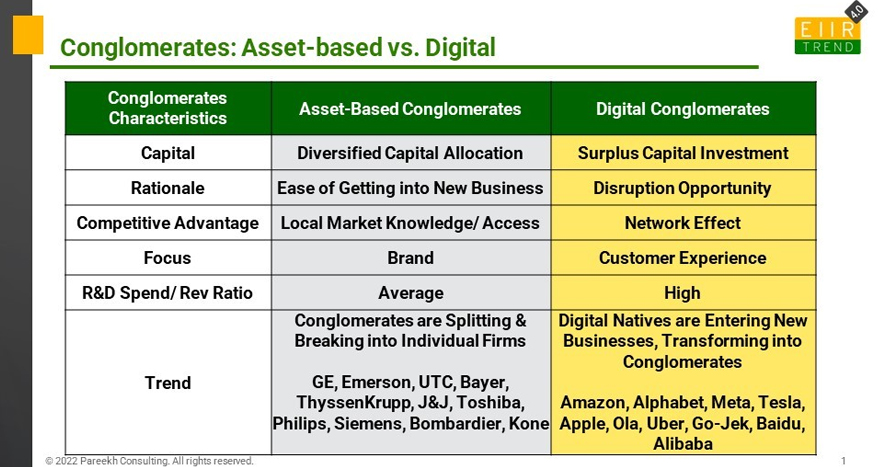 It looks like conglomerates are a 20th-century business model where companies did diversified capital allocation to tide on different cycles. These conglomerates entered the new business with the rationale of how attractive that industry is for them and how easy it is to get into new business and make it successful with the efficient capital allocation (often acquisitions) and superior execution. They used their competitive advantage of knowledge and access to many local markets by way of early entry, legal structure, and government relations which they could spread over many industries. They leveraged their brand equity in new businesses and kept on spending average industry figures (as a percentage of Revenue) on R&D.

The situation has changed for sure now. First, it was the success of digital natives firms in many industries, and now they are diversifying into other industries, thus transforming into digital conglomerates. Many digital natives have a lot of surplus cash from their core operations or from investors, and they think of opportunities where they can deploy it. Some digital natives even changed the name of their firm to reflect conglomerate ambitions, as Google changed to Alphabet and Facebook changed to Meta. Some are doing backward and forward integration to emerge as a conglomerate as Amazon is doing. Some other digital natives who are getting into multiple industries are Tesla, Apple, Uber, Ola, Go-Jek, Alibaba, and Baidu.

Digital conglomerates’ reasons, strategies, and approaches are different from conglomerates of the earlier era. They look for disruption opportunities across industries. Their approach is to provide a superior customer experience than provided by incumbents and look for network effects to scale the business. Technology is often a differentiator for them, and they often spend high on R&D than the industry average.

Then there are some asset-based conglomerates that are transforming themselves into digital conglomerates, such as Reliance and Tata Group in India.

The mission of EIIR Trend is to help EIIR buyers in their journey with data, information, and knowledge. 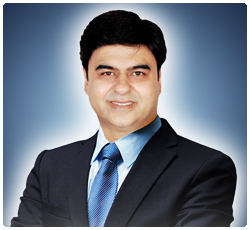